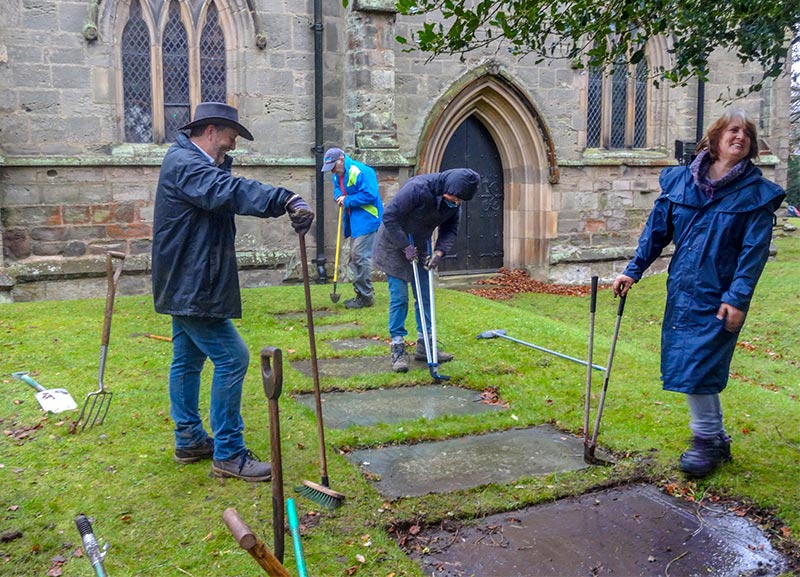 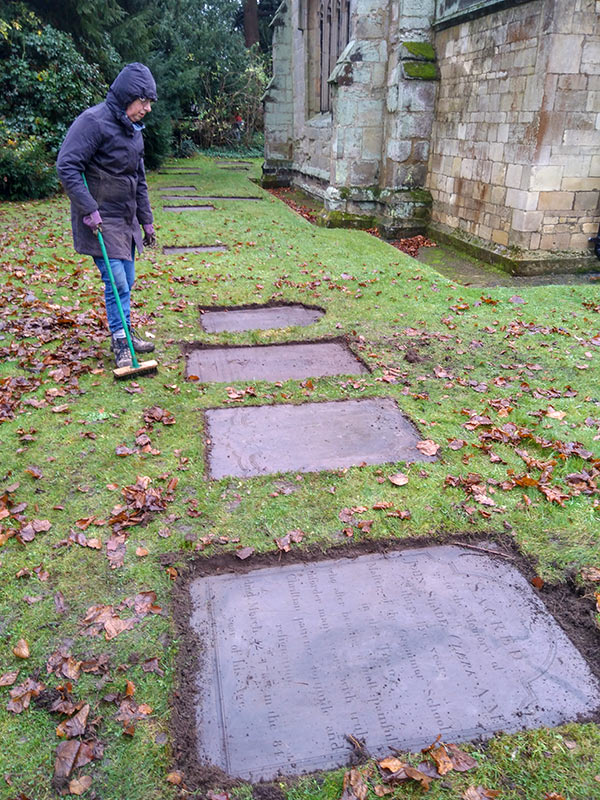 Members of Bosworth in Bloom joined forces with colleagues from the Market Bosworth Society to clear turf from ancient slate headstones which had laid hidden for many years. It was felt that it was always the intention of the families of the deceased to have the graves of their loved ones marked with a slate headstone that could be read by future generations. Originally the headstones would have stood upright but in the late 19th century Squire Tollemache Scott ordered that they be laid down on the ground as he objected to them being seen from the windows of his home, Bosworth Hall.

Both the BinB and MBS members felt that it would be more respectful, as well as tidying up the surrounds of the headstones, if they were cleared of the turf covering them. Visitors can now clearly read the inscriptions and admire the ornate artistry on the gravestones. The oldest grave to be uncovered was dated 1736.